Getting back to that prayer meeting…  A member was asked to give a brief exhortation that night.   Brief was disregarded.  I am always fascinated at how in the name of being enthused by the Holy Ghost, one does as one pleases at the expenses of others, some of whom obviously had time constraints and were attempting to leave but maybe did not want to appear disrespectful.  Anyway, she did her best as a traditionalist who reiterated that there is only black and white, wrong and right in her book.  It was only a matter of time before she got around to homosexuality, indicating that a workmate approached her with conversation of the grey areas after her son (spurred on by the latest USA declaration) intimated that he is gay.

Compassion was in order as the woman was struggling with the revelation and felt it was probably her faulty parenting that led to her son’s conversion.  Sister Traditionalist would have nothing to do with areas of grey, she gave the woman a good hardline Christian talk.  She opined that had her workmate (like many parents today) not been so busy playing friend instead of parent, and had she not been so selfish in keeping Christ to herself instead of sharing Him with her son, the results would have been different.  We were almost drowning in the should nots before she decided that she had said enough.  On the ride home I said that most of us who move from black to white don’t fly over the grey areas, we journey through them, and if there is no encouragement for us then we might never make it the white, but return to the familiar evil we know.  Someone said I should have said that in Church.  To whom, the speaker?  Nah, she knows already.

This brings me back to purpose.  For as long as it remains mysterious we will remain confused, but we are too intelligent or sensitive/defensive to admit that we are.  So let’s try for a position of understanding.  Since life is personal and where we stand determines what we see, we are within our right to perceive our sexual orientation as it pleases us.  But since all and sundry are jumping on the bandwagon, it is difficult for the rest of us looking on to tell who is genuinely homosexual from those who believe that their inner stirrings towards oneness mean that they should willfully take on the characteristics of the opposite sex.  It is a fact that a woman has in her nature all the qualities and tendencies found in a man, though to a lesser degree.  And by the same token, a man equally has in him all the qualities and tendencies found in a woman, to a lesser extent.  Through the eyes of purpose this means we have a special responsibility towards each other in that it allows us to have something positive to give and learn from each other, as well as to help transform the undesirable aspects of our nature. 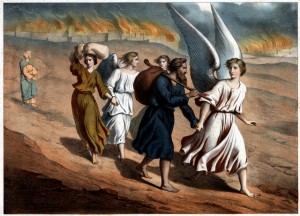 But we have attacked homosexuality for so long that we missed the part where it is like an ant’s nest.  Now that the ants are out in droves taking action, we are probably realizing that they are not endangered, it is us.  We are seeing that this mass migration from heterosexuality could mean that the opposite sex has been vexed into giving up on us.  They are abandoning their responsibility to help us transform and it is creating panic in us.  But attack is the position to which we have grown accustomed, so we continue.  And while some of us anticipate a repeat of the judgment experienced by Sodom and Gomorrah, it is not happening today, which is in our favour as it gives us much-needed time to lovingly share with those for whom we are responsible the roles/purpose of the man and the woman so that they have a frame of reference to work with.  And being a single mother is no excuse.  Many a male men were raised by (praying) women.  So pray, and talk. 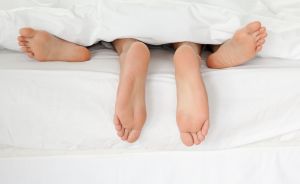 The success of our further evolution requires that we cease to be sexed, which is being mixed up for homosexuality probably because we are attempting to logically process what is incomprehensible to the ordinary mind.   Let’s try for an understanding…  A woman has a responsibility towards the man in her life because he has a vulnerable nature.  Each time there is a bond/sex that results in ejaculation (whether or not she climaxes), he would have died a little.  Yep, like that song.  He is not simply giving of his vitality, but losing himself in a very powerful way.  So much so, men are said to have a hidden fear of women because of how vulnerable they become with us.  To use this to dominate him undermines his masculine nature, which in turn undermines her feminine nature because he is the man with whom she shares her life.  We are therefore asked to be considerate and kind, to be an inspiration and give moral support for in doing so we are not just helping him but ennobling ourselves.

The longer a couple stays together, the more reasons a woman might have for not being considerate and kind, but this is about our evolution, our spiritual development, so conscious effort is required.  Though comparatively physically weaker than men, we have been blessed with inner strength, with significant capacity to support pain (to which pregnancy and childbirth testify), and an almost inflexible hardness that could all be used to break a man, but we can also look back at the instances in which these attributes were of great value in our relationships as well as to the world at large because they were employed positively.  As female Therapists many of us experience having male clients who seek validation for they may have been stripped of their masculinity at home and would appreciate (without appearing desperate) any help we can give in creating a resurgence of their masculine nature.  Do wives consider that it might have been their unbearable inflexible hardness that drove their husbands to the arms of another man? 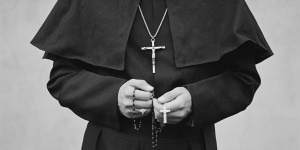 On both side of the fence we have a lot of old residue: negative activated memory cells and psychic rubbish that need to be cleared out of our energy field, and while the work/purpose requires personal fortitude and perseverance to progress, interdependence of the sexes provide the many hands that make the work of transformation light.  Together we learn to nurture the new openings for the relationship with our souls through our relationships with each other.  We ask our men to consider their roles as Priests in their homes and remember that to betray their spouse with other women is to create hostile spiritual conditions that will make their own process of development impossible.  The many subtle feelings and influences that are received from the unions with various women leave imprints.  Given time an ingrained habit is had that enslaves, so that even when a desire arises to stop, the more established inflamed desire blazes a trail to the next new woman, and the next.  Reunion with the wife harms her inner state because the feelings and influences of the other women were transmitted to her.  She could soon find herself indulging like the man as she develops growing appetites for greater satisfaction that somehow are never appeased.

There are belief systems that support fidelity and others that consider it impossible, but fidelity is not a question of social convention or religious dogma, it is a matter of necessity.  We are always giving and receiving, and with the woman being more receptive and fragile than the man, greater disturbance is felt within her being when her companion transmits the influences he picked up.  Some women choose to separate themselves, though they may remain in the same home, once infidelity is detected.  But the wife’s body belongs to her husband, and vice versa, so that the withholding of oneself is deemed wrong.  So she continues to open herself to him and picks up his negative thinking, speaking, and behaviour.  If she is converted to an infidel it is often more disastrous because she is the more important element of the family circle.

So yea, maintaining a heterosexual relationship is tough, but we try because we love/need each other.  Having to deal with bisexuality, homosexuality and the other options overwhelm most of us because we are still trying to understand and fully benefit from heterosexuality.  We are still trying to remember to be respectful of the frailness of each other bodies and emotions…to use our capacity to feel for each other.  We are still trying to see the union of the opposite sexes as an enigma of our existence and use it to transcend to that level where we cease to be sexed…where we are one.  Yin/yang is the universal principle.  Yin/yin or yang/yang is what Morpheus would refer to as a glitch in the system.  But Morpheus could go get himself a dog or cat to mine rather than mine our business, cause where we get our comfort is no one’s business.