I rolled out of bed about 6am according to the clock in my room.  The one outside was mining its own business.  Neil Diamond was on my mind and I proceeded to entrap him in my stereo repeatedly taking me on a beautiful journey with the selection Be.  He did not protest, not that it would have mattered.  The volume was set at 20 and I basked in the music as I busied myself to leave the house at 7:30am.  I had three clients to attend to before lunchtime; two in their 90s who alternate incoherent conversation and sleep, and one a decade younger with a preference for religious and political discussions.

She was browsing the newspaper, but kept an eye on me as I massaged the gentleman on the porch.  About ten minutes before I was finished she came over to me and said that she will be in her room.  I nodded.  When I did get to her she said she was ‘meaning to ask’ me what is my religion.  I told her I am referred to as a Christian.  She then wanted my take on the Muslims who are killing Christians.  Oh boy!  The elderly make no pretense of their disregard for what we call Professional Ethics.  I told her I don’t think that has anything to do with us directly as it is more about the sons of Father Abraham having difficulty resolving their birthright issues.  For a period Isaac has the upper hand killing whom he may in the name of crusading, then Ishmael gets his turn and does the same.

Unless history is drastically rewritten and the masses re-educated accordingly, the tables will keep turning.  So the Christians will just have to wait this one out until their turn comes again.   Alternatively, they can opt for denial like Peter.  Ain’t no harm in that.  We won’t lose our fancy apostolic titles.  Christ forgave him and will forgive us knowing our inclination to self-righteous rants of devotion that cannot hold water.  He knows self-preservation is the first rule and that denial only means we will get to live another day to proclaim His martyrdom.  And while doing so, if threatened yet again, we can deny more vehemently.  We are entitled to three passionate denials when faced with life-threatening circumstances, if we choose not to utilize them, then Heaven awaits.  She quickly switched the conversation to the accomplishments of her children.  That’s better.

On the way there I had passed a yard with large colourful flags high in the air and the taxi driver was loud in his decry of such indicating that he knew an old lady living there who does spiritual work for people.  I asked him to elaborate.  He could not say what exactly might be the connection between doing spiritual work and the different colour flags, but insisted that it is a Baptist thing.  Really, why not Orisha or Hinduism?  Maybe…  He wasn’t so sure anymore.  Hmmm.  The differences are distinct, but some people lose their bark easily.  I opined that each colour might represent a different entity given that spiritual protocol is serious business.  Like the much-touted prayer cloth that was critical to have, or flag-bearing dancers who leap around congregations, the towering flags are channels that allow the particular entities to act on the behalf of, or fulfill the desires of the old lady’s clients whose prayer requests or offerings may have been tied to the pole of found at its base.  He never considered that.

Before we got to the taxi stand the other passengers had disembarked so he spoke more freely, this time getting into the oneness of God and declaring there being no need for these other entities.  Maybe so, but consider the entities as attributes of the same One.  Having declared himself a man who reads much, I suggested that he cross-reference the attributes of his Biblical God with those of other religions and see if it isn’t one God.   He was hoping I could tell him.   I told him we are still under that curse that says: by the sweat of our brow we shall eat bread.  Thus if he ever finds the time to research it, he will appreciate the knowledge more than whatever I hand to him on a platter.  Then I went off track to say it is the very reason our children seem to lack appreciation/respect for much of what we afford them.  There was no sweat on their part.

He disregarded that comment and mentioned that he was reading a book about breathing by an author who spent some time in Egypt.  I listened to his account of how breathing affects the solar plexus, tra, la, lah.  Very good.  I inquired of the chakras below that, and the ones above.  He was surprised that I asked and then wanted us to sit and talk until the car was full again.  How fair was that?  He was on the job, I was on my way to work.  Enough was said for one day, I had to leave, but I reflected on his various fascinations, one being the Egyptian pyramid.  In my mind I wanted to know how do we get pass awesome write-ups about pyramids and internalize them. 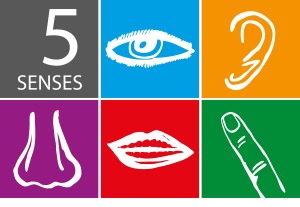 I thought of how we are made up of many functions…sensory, behavourial, emotional, intellectual, psychic, and intuitive.   Experience teaches us that living at the sensory level life becomes mechanical because our attention is largely absorbed by one function, so we need to try for the other levels too.  To be a pyramid we start by assigning a corner to each of our functions; none must be esteemed higher than the other, but rather allowed to form the base.  The apex of our pyramid which is obviously on another level, has to be made up of something entirely different.  Awareness/conscious presence would be a good fit as this would allow our physical, emotional, and mental energies to operate in a unified way.

The driver had felt that the many flags presented God in a fragmented way.  Our struggle to pay attention – be aware, casts its own fragmented views.  Thus we are parts wishing to be whole, distracted wishing to concentrate, scattered wishing to be gathered.  We are fragmented within.  We accomplished this by yielding to every impulse.  Each moment we are either liking what we like, or disliking what we dislike.  We are compulsively pulled in the direction of our likes and vaguely developing high degrees of anxiety over our dislikes.  And the particulars within each bracket require association from a different aspect of our I.  So that the I who likes fashionable clothing is not the exact I who likes sentimental music.  And the I who dislikes pain is not the exact I who dislikes being criticized.  Hence one hour of unaware living could leave us exhausted.  The main I has been diminished into so many proportions that we become enfeebled. 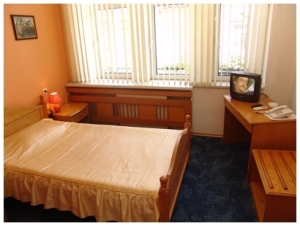 I met the goodly Brother I had prayed for again and had roadside conversation.  Enfeebled rightly describes him.  Said he lacked the desire to talk to God or visit Church.  He does not understand what God wants from him.  The only woman who has wholeheartedly accepted him is being kept at bay by all manner of little issues that keep adding up.  His finances took a nosedive and he feared that he will not be able to have her in his arms this month as he had hoped.   Convinced that even God was against him, he marched right on making his own way and came up with a self-contained room at the right price.

Whimpering like a wet puppy in the name of prayer produces nada, works added to faith brings results.  He now feels that some things are yours whether or not you acknowledge God.  Hmmm.  Soon Christianity will not be able to hold this fellow.  What topped off the conversation was the revelation that he met the woman online and all this preparation is for her to come live with him.  What looks like a breakthrough in his housing predicament might be God preparing the ground to teach his ladylove a few remarkable lessons.  He is a compulsive drinker, and being a ‘local Syrian’ he feels the need to keep up with the Jones’ by gambling what he does not have at casinos frequented by the who’s who.  They might be in that room longer than she anticipates. 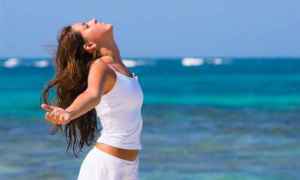 God knows Himself, so He does not have fragmented concerns as the taxi driver, and He will not lose sleep over my Brother if he does not want to talk to Him.  He is Presence and Presence embodies all things.  Things can be fragmented, but Presence, being the stream in which things flow, remains whole.  Hence He can say: I Am.  It might be too much to ask, but we have to find ways to evolve our I into I Am, to display congruency in our behaviour, body language, speech and even our emotional tone; to see the integration of our various functions through the eyes of awareness, thus extending our own presence.  If we live in our heads preoccupied with thinking, we can choose to add awareness of something physical.  Like finding a correlation between what we are thinking at the moment and how that affects our breathing.  Then we can add feelings.  How are my thoughts affecting my breathing and my emotions?  Bit by bit we recognise more coordinates and instead of functioning as a one-dimensional person, we will move into 3-D, and 4-D, and so on as we move towards the apex and acquire a better view of the actions and reactions within ourselves.

Soon enough, wherever we look we will see harmony and can feel deep peace in saying: I Am…one.  It is always One.  Red, yellow, black, white flag, thing, or person we all live for the One and the One sustains us.  There is a scripture that says: For each We have appointed a divine law and a traced-out way.  Had God willed He could have made you one community.  But that He may try you by that which He had given you (He made you as you are).  So vie with one another in good works.  Unto God ye will all return, and He will then inform you of that wherein ye differ.  Amen!

As a page that aches for a word

Which speaks on a theme that is timeless

And the one God will make for your day