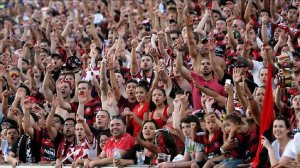 Listening to Alanis…Ironic…loud and on repeat. Sometimes things happen and we debate the fairness of life and the omnipresence of God and the purpose of our existence. These are all things we have figured, then we don’t. And while I like to say life is personal, others have insisted it is not. They say life is about humanity, and humanity is not the head-count of humans running around on the earth. Humanity is one entity. Humanity is an order of life. Humanity is the product of a purposeful plan to grow and serve, and in so doing it will perfect itself; so that the apparent misfortunes of one person and the successes of another are in no way an individual thing. It is humanity basking in its experiences, experiences that continuously remind humanity that there is no security in material things and no deficiency in the lack of them. Trouble is, the individual doesn’t always get this memo.  So we can become frustrated at life when we can’t seem to get what we want or keep what we have in order to pacify our perceived security or deficiency issues. 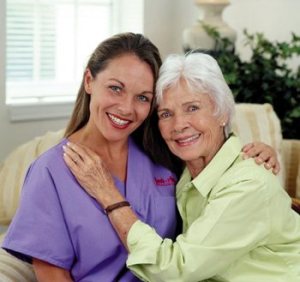 Client in Geriatric Home complained about several unseemly things happening to her. I listened. Should I tell her none of this is happening to her, rather it’s humanity sorting itself out? That makes humanity as vague as God, and rightly so if God made humanity. Who do you think you are? If we are honest, most of us don’t know, that’s why we clutch so tightly to a surname or a title or a profession. The few who do know have a particular smile that barely shifts their lips and much compassion in their eyes when they look at us. They know we are getting there, but telling us doesn’t help much because while we hear the words we don’t understand exactly what they are saying. So we keep reeling with humanity’s attempts to perfect itself. So yes, Madam Q, she wants me to inquire and bring her word of a Caregiver who can work with her at home. She is planning to return to her home where one of her son’s has taken full control. Her plan is to encourage him to split the house in two so that they both get part of the gallery along with whatever else. And even as she tells me this she knows it ain’t gonna happens because for all the good she has done, life is unfair to her.

As for the unfairness at the Home… She has a lower back injury that prevents her from walking. Well, she does not bare her own weight in any posture so she has to be lifted and lifted and lifted, always requiring two Nurses. Nurses get tired. She has had a long spell with constipation because she insists that she can’t do in it her pamper and the availability of two Nurses to escort her at the said time she wants to go to the washroom isn’t always forthcoming. Severe belly pain developed and one night a Nurse came to her rescue. She told to try to go right in bed in the pamper. Said she can’t. So the dear Nurse, allegedly, climbed onto the bed and straddled her. The Nurse stretched out her left arm on the bed then put her right knee on her palm. She stretched out her right arm and put her left knee on that palm. Then she placed her own palms on my client’s shoulders and told her to push. Madam Q said the pain from her Nurse’s knees against her palms was more that her bellyache. She couldn’t believe the Nurse could be so cruel. She screamed. Something came out. Oh yes? Hmmm. Mission accomplished. One can understand why humanity doesn’t seem preoccupied with the individual’s pain. Madam Q didn’t want anything to do with the Nurse from then on. I’ve never done Gerontology so I could not pronounce upon the whether the technique used forms part of a syllabus.

Well, the Nurse wasn’t done with her. A little over a month after that incident she spoke to me in whispered tones. Said she was so ashamed and that I have to help her get out of there. She said the very Nurse was on duty one night (she seems to work mostly nights) along with two male Nurses. They came to her room. The Nurse advised that they will do a little exercise with her since the legs are stiff. She was suspicious. The two males were instructed to abduct her legs. Wider and wider. It was painful and embarrassing. The Nurse, who was holding Madam Q’s arms, instructed the men to look between her very expanded legs and see if there is anything they want and advised that they can take it. Now, I haven’t had much reason to question my client’s state of mind, and while she has expressed that being able to talk to me was a big part of the therapy for her it left me wondering at my responsibility for what I hear. This week the whisper was about one of the very men. He had come and lay in bed and hugged her tightly. He apologized for the leg expansion incident telling her he honestly loved her. She said she was trying to fight him off and told him she could be his mother. She could not get out of his embrace and he tried to calm her and assure her that he was not trying to have sex with her, but that he just wanted to make love to her in other ways like hugging and kissing. 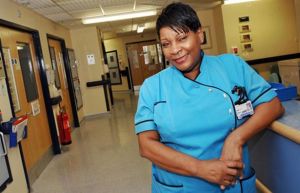 I wanted to know the Matron’s opinion on the matter, but didn’t ask Madam Q whether she had shared these encounters with the Matron. I didn’t ask to hear the stories, so why should I ask whether she took it up with the relevant authority? Surely she can articulate well. Maybe part of embracing the concept that humanity is working out its issues allows me not to be my sister’s keeper. Besides, I’m on my way out. I explained to her the responsibilities I now have and she could immediately see how my continued work with her would be unduly sacrificial. She has given me the nod to move on. Appreciated. She does have another Therapist. A few months ago she told me that there is a guy who she knew before she became ill. After she became ill he had started working with her at her home since they lived in the same village. But shortly after she was moved to the Home and they were advised by the office staff of my services and decided to engage me. Well, the male Therapist certainly does better than I at follow-up, so he has been following up and she decided to have him work with her as well. Her son agreed too. One day as I was leaving I was advised that he is in the office and it would be nice if we can have a brief chat about which day who will be visiting the client. So we met and I indicated my schedule and it was decided that since I’m an early bird it doesn’t matter if she ends up having therapy twice on the same day. At least one of us is not sitting waiting for the other to finish. Reasonable.

Now that I’m having the moving on conversation I’m hearing that she was intending to have him move on. And why is that? It’s not what she expected. How so? He instructs her on what to do then disappears into the game he is playing on the device in his hand. She would then have to tell him that she is finished, and he would give her another set of instructions. It must be that his methods changed to what their initial sessions entailed, or she had forgotten that this is how he does things. He had given me a card indicating that he is a LMT and he also promotes a particular brand of supplements, so in my mind he is very much capable of doing actual massages and stretches with her.  only he could say why he’s gone verbal instead.  Anyway, she wants him to be like me. She wants to be touched the whole time, have eye contact and conversation that stirs the emotions as these are the factors that make the exercises in the final leg of the encounter more manageable. Alright then. But it’s not just the game playing. She believes he is going to get himself in trouble soon enough and feels it’s her fault because she has hired him. He is a handsome man and has attracted the attention of several of the female Nurses who seem oblivious to their spousal commitments. One in particular comes into the room to converse with him. Madam Q dislikes being privy to their descent into childlike talk and play. This is not what her son is paying for.

So it seems that whether one in on a Reservation in Canada or in a Geriatric Home in Trinidad there is great possibility of getting 10,000 spoons when you need a knife. There is a disconnect in us that continues to make humanity, consciousness, knowing ourselves, God…vague. Yet there is no way to cross over that without the bridge of nature, for spirit is anchored in it and vice versa. This can be considered when we ask the question: how do we expand our consciousness so that we see things from the perspective of humanity and not just the individual? But do we need to expand our consciousness if it’s all inside the beautiful natural individual? Maybe the word is not expand, unless we can conceive of a vastness within that facilitates our concept of expansion. And what if we have found that such vastness exists inside? Do we shout it to a world that already knows the limits of our anatomy and would be only too willing to pronounce upon the impossibilities of such a reality? Surely they’ll know we’re taking psychedelics. Hey, we’re not trying to be judged. If we’ve acquired the humanity view, it’s okay to show it by the wearing of that hint of a smile, knowing that as humanity perfects itself the individual will eventually get it.