While working with one of my elderly clients she remarked that she did not believe that all the folks at the Home were there for the same reason. She is fairly new to the system and does not feel she belongs there. But while she is thinking of convalescing her children have other ideas as they feel it is one of the best Homes and she is afforded much. She wants to heal in a hurry and get out before she loses her mind, or what she knows herself to be. So she was telling me that she has observed that ever so often someone appear in the breakfast hall donning a new a black and blue mark for which there is no logical overnight explanation.

The staff treats such as the result of some accidental bumping into something, and they apply slave, and that’s that. She however has lived too long and knows too much to let it rest. She is convinced that there is an Ol’ Higue or Soucouyant in the building and whoever it is, is who they least suspect. Hiding in plain sight, plundering the prey. She said she prays every waking minute, especially at night because she does not want to become a victim. When I mentally ran through the list of least suspects, I found myself smiling at the possibilities that seemed to emerge. Two of whom I would have treated. And not forgetting that the accuser might be the accused. My goodness. I’m in this up to my neck. I changed the conversation.

But, I later raised it with a friendly client in a different local. He said it is a dying tradition. Tradition? Are you serious? Yes, he was. Said with the increase in luminous places, and our increase in knowledge, such cannot thrive. I told him that is to say that the sun is a dying tradition because are now into wearing sun shades more often than not. Could it be that ‘the stricter the government, the wiser the population’ is now up for consideration? Is it that these folks have now taken to the medical profession and are the very ones, or among the very ones who draw blood from our veins with a smile, or have access to our blood through other medical means? He doubts that they are capable of such sophistication. Besides, it’s adults of a sound mind who give blood, voluntarily. Voluntarily because plausible reasons are given, but if another truth becomes public knowledge, would we be doing the same?

And shouldn’t we consider the folks who capitalize on the compatibility of pig blood with humans and intermittently sip blood from flasks which keep it at body temperature? Now he wanted to know if I am serious. Then he recalled hearing or reading something about humans and pigs and decided there might be some merit to it. He said then it must mean that he had a relationship with one because she always ordered bloody steak and he could not understand how she ingested, let alone digested it, but he loved her and had no qualms kissing the daylight out of her once oral hygiene was taken care of. He then declared that using pig blood or obtaining human blood legally through medical means is okay. What concerns him was the spate at which babies fell prey. If he donated blood and an Ol’ Higue is there in the blood bank drinking it out, he’s fine. He’s home resting with no bite marks. But the trauma a baby would experience in having the imposition of teeth, or whatever is used, breaking their skin to access the blood is too much.

He said him calling it a dying tradition doesn’t mean that he denies the existence of such. And he went on to share of his experiences, being, that there was a curious stranger who arrived in their village sharpening tools and soldering galvanized or enamel items that had holes; from pots to buckets to basins to posies. He eventually took up residence in the village. Folks would carry things for him to work on and he became a thriving tradesman. Word soon went around that he was an Ol’ Higue. This was distressing, as the man had shown some interest in his grandmother and he did not want to have to deal with the teasing should his grandmother pay interest. It turned out that she did not. However, whenever he passed by advertising his willingness to collect damaged goods for repair, if she had anything she would send one of her grandchildren with it to the gate to give him. 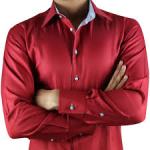 Well, he eventually had quite a few things for them that he did not want to return, or expected her to personally go and retrieve. She did not. She sent two of her grandboys. Eh-eh! Well the older of the two decided to where a red shirt as he heard they can’t handle that. When they arrived, my client, being the younger, noted that the man was visibly upset and never once looked at his brother who was being confrontational about the items owed. He found it remarkable that you can have an almost-argument with a person right in front of you while looking everywhere else except at them. They left. Next day the man appeared at their gate with the items and advised their grandmother that he does not want anything to do with the particular grandson. His complaint was typical of those days where the child had no respect for elders and discipline was recommended. 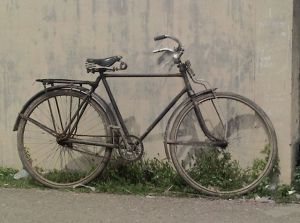 On another occasion he said he was playing ball at a friend’s place. Several of them were engaged in the game. Up came the man on his bicycle plying his trade. He crossed the bridge and entered the yard where he had conversation with adult male of the home. While they talked, one of the children got a piece of chalk and drew a line across the bridge. Talk done, he turned to leave. They watched him with much interest as he rolled the cycle a few feet towards the bridge, then made and about turn, saying that he had a mind to visit the next door neighbor. He then hoisted his cycle and crossed the drain between the two properties and went into the next yard instead of crossing the bridge with the chalk. My client was then convinced there might be something to the talk as it made no sense to go to all that trouble to carry a bike that should be carrying you, just to avoid a white mark. 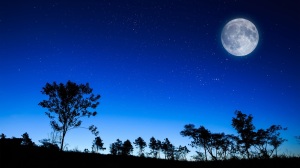 As he puts it, it is our acknowledgement of these stories gave them life. Thankfully, our intellectualism and the responsibilities and stressors it brings keep us too occupied to indulge in the spreading of folklore, so by default, Ol’ Higues are disappearing. I wanted some statistics on that. How many were initially identified or proven to have existed, and how many now remain? He does not know and can only say that if it can be rated by talk, then there is certainly much less talk now. But how can he be certain given that he is disconnected from the life in which such talk brewed? Maybe on moonlit nights in many places children of the neighbourhood still huddle together as riveting tales are told. And maybe several of them are like him back then, having experiences that seem to confirm the tales. If it is any consolation to them, then should they pay as much attention to their school work, there’s hope that they might become the intellectuals who see the death of the tradition in their generation. But then again, no. For if, as my client suggested, it is the attention given that causes or continues the life of it, then whenever one utters words of them, they will spring to life again.