I work with a client several days per week who suffers from Guillain Barre Syndrome. It is a struggle primarily because his son has ideas of how I should do my job and insists on deep massages. The treatments came to a halt after my client had to be rushed to hospital for another condition. When he returned home I recommenced massages. There is very little clear speech from him. I would have to ask him to repeat himself as his tongue is heavy and what he thinks he is saying is not necessarily what I hear. One day I tried to position him prone to work on his back. He clearly told me that he did not want to lie face down. So, I turned him on the left side and did the right, then turned him on the right side and did the left. Word got to his son, via the Caregiver, that I did not position him prone to work and he was upset. Sent me a cute message: Rinalda in future please ensure Daddy gets a thorough massage even if he says he does not want to turn, as it is necessary for him to be able to move and discontinue muscle atrophy. Thanks.

Decided I should respond. Namaste. He did get a thorough massage. There is no one way to position a person to access the desired areas. Resistance from him whether mental, emotional, or physical will impede any work done. We don’t need that so I adapt my methods. Do have a productive day. Another message came: I understand Rinalda. Once we understand the way forward there could only be positives for Dad’s care, which is paramount. I didn’t want to have the last say, but I felt I should respond. Regarding understanding… It is my understanding that the use of massage in your Dad’s case is to improve blood circulation and reduce fatigue and anxiety. In so doing the tension will back off on its own. Improved circulation is guaranteed, but if I’m harsh my mere presence will instill anxiety as he will remember what I did to him and will fatigue himself trying to prevent/fight it happening again. The nerves will shut the muscles down through sustained tension at least, and the undesired atrophy will happen anyway. Hence gentle massage is the recommendation for all nervous conditions. At your request I have applied significant pressure given his tolerance level, and I will continue, but not to the point where he feels bullied by me. Another message: No bullying is acceptable whether the patient is well or not, but I do understand the logic and he has a very high tolerance level for massages as he is accustomed to deep tissue and he would tell you when it is more than he can bear. So I will leave you both to bond. Thanks Rinalda. 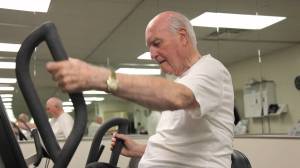 Seems to me we are back at square one. Frig logic. Do deep tissue anyway. I see the facial expressions and I feel the resistance. That is him telling me it is more than he can bear. I understand that while he might have been the fittest person prior to his illness, what he could have handled then he cannot handle now because his reality is different. But, his son is paying and he insists that Dad needs some good kicks in the ass, better known as deep tissue massages, and he will snap out of GB and return to being independent. Why, because it is inconvenient for him to deal with a dependent father? Maybe he is in denial, can’t accept that this is Dad now, and is so eager to have back the Dad he knows that he is impatience with any gentle method. This is seen too in the exercises that the Caregiver is required to take him through. Mornings and evenings he is put on a machine to work out his arms and legs. It’s laborious and he is stiff, but he is forced until he gets through the required repetitions. So the struggle for me is, after all that drama, to join the melee with deep massages. Statistics suggests it takes 18 months of therapy to see significant progress. That’s a very very long time for me to retain this job unless I’m allowed full scope to work with my client as I see best. 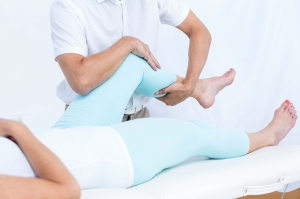 I have another client with similar condition. She has days when she bawls at the slightest touch because she has come to associate touch with efforts to get her out of bed and she just wants to lie in bed with her knees drawn up. It was hinted to me that her daughter who resides overseas is in the country and plans to catch me in the act of torturing her mother. She did show up one morning. Said she could hear her mother at the gate. She ventured to give me a lecture about physical therapy and wanted specifics on the routine exercises I do with her. No routine exercises. I have to do what she would let me do on any particular day. That is bad, I’m the Therapist and should take charge, and this and that… Okay. I did stop the massage to give her my full attention. When she was done I had her sit and look at what I was doing. I oiled my hands again and had barely touched her mother when her loud cries started. As I worked she realized that the screaming had nothing to do with the pressure or techniques. She got up and went to play with her mother’s face and told her that I was using light touch and that she had no reason to behave so. She calmed down. We got through the massage. Time to do some stretches. Heaven came down again. The woman’s conclusion is that everyone wants her to walk and she doesn’t so anyone interfering with her conclusion will end up with ringing ears. Mind you, this is the same woman who calls me Darling and wants me to hug her. Her stiff arms are conveniently wide open for me get hugged. 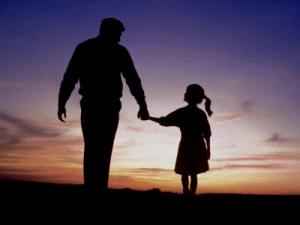 The following week I learnt from the Nurses that the daughter’s daily visits were reduced, then disappeared after my client repeatedly struck her with the same stiff arms all because her daughter was trying to do exercises with her. So she gets to disappear on her mother, but I am to continue treatment because I am paid to put up with whatever. Thankfully I know enough to get through a session without being in the path of her fist. What’s more is that in all this loud crying she keeps saying: Ah want ma fadda. Over and over. I asked her how would her father help. She said he will comfort her. I asked why doesn’t she want her daughter. She goes silent. Then back to calling for her father. I asked why not her husband. Silence. I asked again. She said: He too. And I thought of the client who read my blog and told me he can’t deal with the unreal realities I write about. He doesn’t have the brain cells to dedicate to inquiring into whether they might exist. As far as he knows there is little if any evidence for women with hooves, or persons negatively affected by religious rituals and horror movies, and the likes. And that is okay. While it is someone’s reality, it is unreal when compared to the other person’s reality. How unreal is it for an elderly woman to demand to be comforted by her dead father when her living husband is available? Is it that her father seems more accessible, more real? Well, I don’t know I need to dedicate brain cells to processing that.

Children are fascinating. They seem to play much and are uninterested in paying attention to the things we desire them to notice, yet they are more aware of their environment than we give them credit for. They see more and process more than we do. Part of becoming an adult is giving up this broadness and learning to develop tunnel vision. We make choices about what should get our attention and we zoom in on those things for prolonged periods, and we sense little else, even the obvious. So when a child recounts what happened at an event that an adult had also attended, it is possible to call the child a liar for all the details he/she will provide. Tunnel vision is not bad. It helps us to be goal-oriented and accomplish specific things in life, and we are rewarded as our accomplishments attest to our sense of responsibility. The idea is to intersperse moments of being a child again into our tunnel so that the other realities we had conveniently shut out are able to make us that beautiful unfurling flower we started out as. Tightly wound buds have their beauty, but opened flowers will always be more appreciated. In letting ourselves unfurl, the unreal realities of others will not be judged by us, for our sensitivity to the All That Is will make us understanding and appreciative of the vastness of the infinite experiences that are possible.

A Therapist advised that she was going under the knife to remove a fibroid which the ultrasound revealed was atop her womb. We had a few conversations prior that explored different aspects, anesthetics being one. They wanted to use the epidural method. I told her no, hell no. If they won’t use another method, seek service elsewhere. We came up with a list of questions to ask the Doctor so that she gets the right answer before rather than after as is the case too often. Well, the surgery was successful and she is out. She called me the same day she returned home. Said she did not sleep much the night before. Pain like she never imagined. They still had her on record for epidural though she had advised the Doctor against it, so she protested from bed and they administered the anesthetics via her hand. Now that she is fully conscious she feels bruising in the trachea and vaguely remembers something being inserted and removed. She wears a compression band to secure her abdomen. I advised her to start sensitizing the area with light strokes through the band to get the nerves active, and of course lymph drainage of her thighs and chest. Her high abdomen which her gym attendance didn’t resolve is down. She said the fibroid was the size of a brain and sent me a picture. She said when they showed it to her, her belly ached with resonance, yet there was a disassociation. It seemed unreal, downright creepy that she was carrying that thing inside for years, feeding it.